One of my favourite classical texts is Plutarch’s Parallel Lives. In writing about the lives of noble Greeks and Romans, Plutarch said his intention was not so much to write history as to write edifying moral biographies.

He said, “For I do not write Histories, but Lives; nor do the most conspicuous acts of necessity exhibit a man’s virtue or his vice, but oftentimes some slight circumstance, a word, or a jest, shows a man’s character better than battles with the slaughter of tens of thousands, and the greatest arrays of armies and sieges of cities. Now, as painters produce a likeness by a representation of the countenance and the expression of the eyes, without troubling themselves about the other parts of the body, so I must be allowed to look rather into the signs of a man’s character, and thus give a portrait of his life, leaving others to describe great events and battles.”

In introducing the life of Lycurgus, Plutarch even admits, “Concerning Lycurgus the lawgiver, in general, nothing can be said which is not disputed, since indeed there are different accounts of his birth, his travels, his death, and above all, of his work as lawmaker and statesman.”

Nevertheless, he has much to say about Lycurgus and his efforts “to make his people free-minded, self-sufficing, and moderate in all their ways.”

One section that I found particularly interesting is about burial. Here’s what Plutarch tells us:

END_OF_DOCUMENT_TOKEN_TO_BE_REPLACED

One site I love to visit in Israel is David and Paula Ben Gurion’s tombs in the Negev.

Our guide was serious about prompting our reflection and gave many members of our group the chance to surmise. After everyone had had the opportunity to offer their interpretations, our guide offered his own:

“Aliyah was the first step. It was the decisive turning point in the drama of his life. It was the decision he made that significantly impacted and made possible all the others. What will your first step be?” he asked, as we sat for a few moments of quiet reflection in that desert shade.

And so, I’ll now ask you: What might the extra date be on your tombstone? 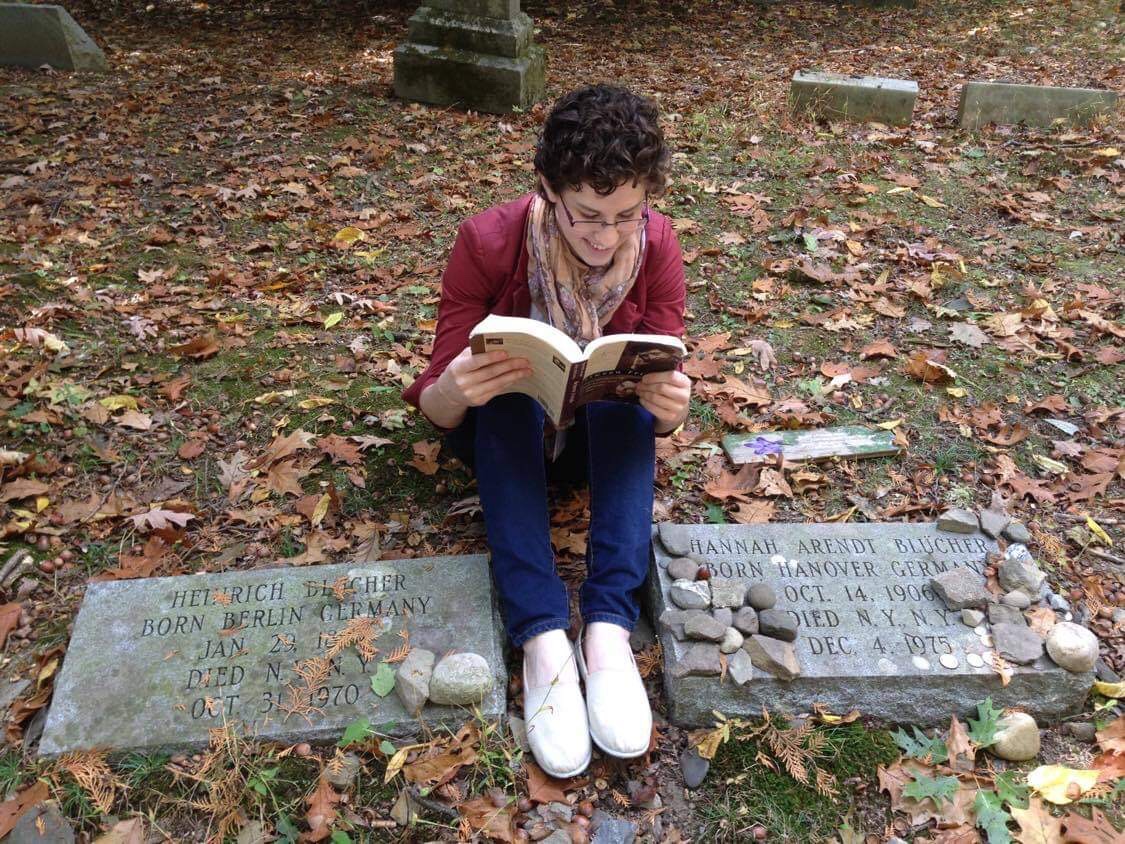 In Anne Fadiman’s book Ex Libris, she has a chapter in which she explores the delights of what she calls You-Are-There-Reading experiences.

I’ve never equaled the sensory verisimilitude of my friend Adam, who once read the ninth book of the Odyssey, in Greek, in what is believed to be the Cyclops’s cave, a Sicilian grotto Homerically redolent of sheep turds. But I have read Yeats in Sligo, Isak Dinesen in Kenya, and John Muir in the Sierras. By far my finest You Are There hour, however, was spent reading the journals of John Wesley Powell, the one-armed Civil War veteran who led the first expedition down the Colorado River, while I was camped at Granite Rapids in the bottom of the Grand Canyon.

Ever since reading this, I have sought out my own You-Are-There-Reading experiences around the world. Naturally, some of these experiences have been at gravesites. There is nothing quite like reading poetry or correspondence aloud at a grave.