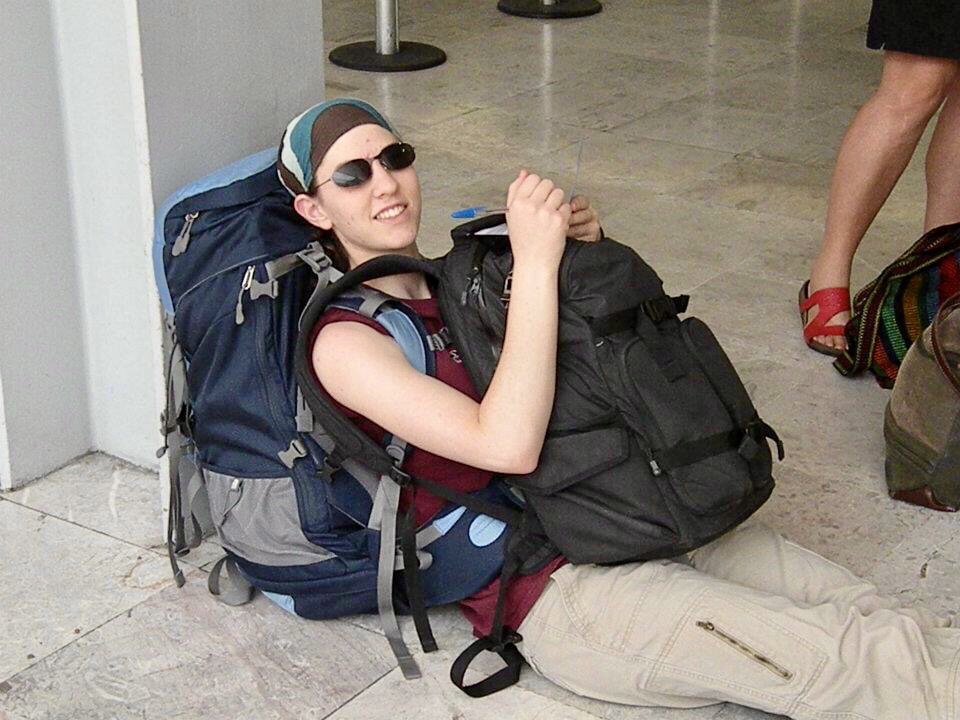 Yesterday I started a six-week course called Journey of the Soul: A fresh look at life, death, and the rest–in peace. Throughout the course, we study death in its philosophical, emotional, and practical dimensions.

One highlight from the first session was hearing an anecdote about Rabbi Dovber of Meseritch.

It is told: a student set out and travelled a long distance to seek out a sage. When the student arrived to the sage’s home, he was astonished that the home of this man of such great repute was practically bare. There was no furniture except for a desk at which the sage studied until the students left and he converted it into a bed. The student could not resist asking the sage where all his stuff was. But as often happens, the sage turned that question around to the student asking, “Where’s all your stuff?” The student answered the he didn’t have much with him because he was just passing through. “Aha!” says the sage. “I am also just passing through.”

This focused us on the fact that our physical pursuits and fruits don’t come with us after we die. What does remain is what’s transcendent–that which is connected with soul and purpose. Death is tragic if you have nothing to take with you. But by cultivating the treasures–good deeds, relationships, experiences–that endure in our immortal soul, we travel light through this life choosing to carry with us what lasts eternally.

And so, the rabbi leading our first class concluded, “If death scares you, do eternal things.”