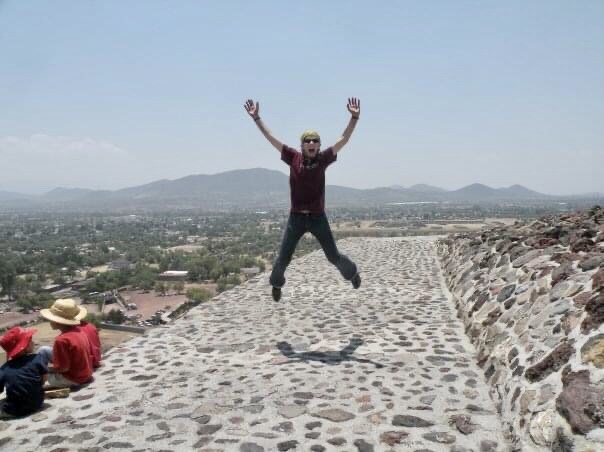 This evening I was having a chat with a friend who shared with me about growing up with parents who differ considerably in terms of their outlook on the risks of life.

My friend’s father is the social, energetic, and adventurous type. Whereas her mother has always been more cautious – even to the point of being afraid of flying, anxious in the passenger seat, and worried about safety.

“Maybe it comes from a good place,” my friend reflected, wanting to offer the most charitable interpretation. “Maybe it’s a matter of gratitude – knowing that you have a lot and simply wanting it to stay that way, not wanting to risk damage or disruption to that which you cherish so much.”

My friend told me that her mother’s fear of loss can be crippling but that, as a mother herself, she can also understand it to some extent.

“I get her worry because sometimes I think that I couldn’t live without my children. If one of my children died, then I would probably try to live for the other but if both died, I don’t know how I could go on,” my friend told me.

At this point it occurred to her that she hadn’t yet heard that her 21-year-old son had made it safely to his destination and so she sent him a text.

With that text sent, my friend returned to our discussion and to expounding upon her desire to emulate her father.

“He’s just happier,” she told me. “When my dad’s father passed away at 83, he seemed to be handling the loss reasonably well. And when I remarked on this in an effort to gauge how he was feeling, he told me, “Every year after 80 is a bonus.”

My friend’s reflections on her parents’ distinct attitudes toward the risks of life have led her to consider that those who are not debilitated by the fear of loss tend to lead happier lives.

“It’s a paradox that, by holding what you cherish so tightly. the good things you love might actually elude you because you don’t enjoy them,” she summed up.

And so, as Mark Twain put it, “The fear of death follows from the fear of life. A man who lives fully is prepared to die at any time.”