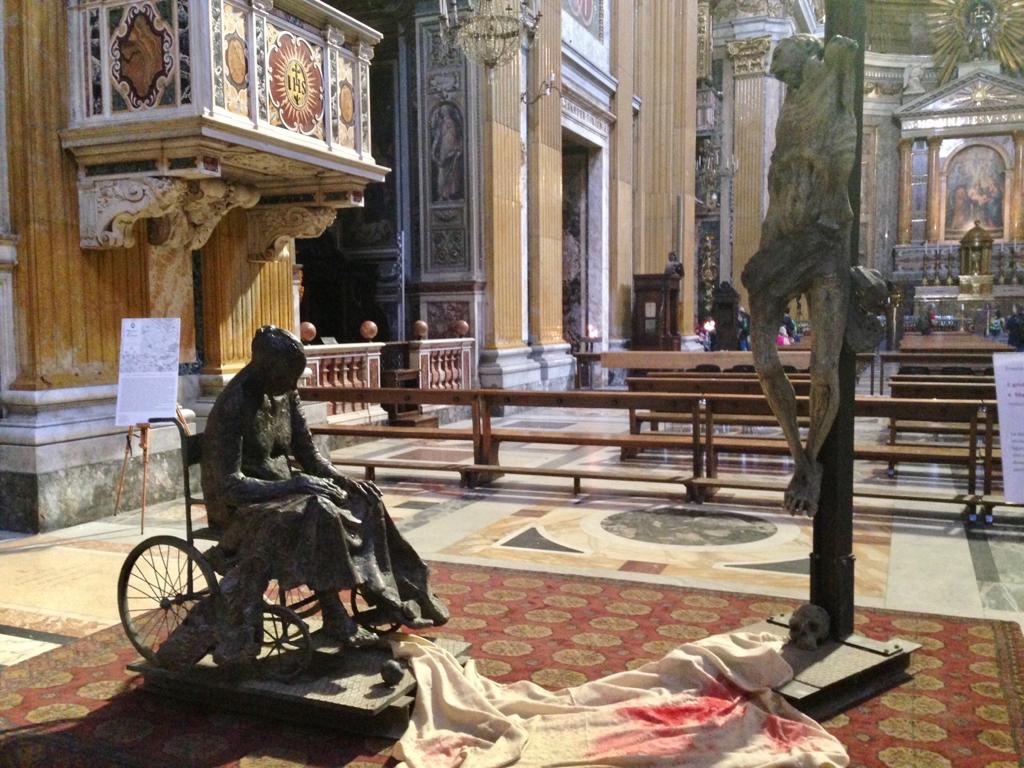 Thanks to a dear friend of mine who recommended this fantastic episode of The Rubin Report in which David Rubin speaks with Bishop Robert Barron and Rabbi David Wolpe about what Easter and Passover teach us about freedom and hope.

I am equally recommending the episode and could not be more impressed by the quality of Jewish-Catholic relations presented in this cordial and substantive conversation.

In the course of the discussion, Rabbi Wolpe says, “This South African author, Alan Paton, has a beautiful scene in one of his novels about a guy who goes to heaven and he comes before God and God says, ‘Where are your wounds?’ And he says, ‘I don’t have any wounds.’ And God says, ‘Why? Was there nothing worth fighting for?'”

I love this anecdote and hearing it prompted me to look it up in context.

Apparently, in the novel, this exchange takes place between Robert Mansfield, a white South African and Emmanuel Nene, a leader within the black community. Mansfield had been the headmaster of a white school and he took his school’s sports teams to play against the black schools. He did so until the department of education prohibited him and he resigned in protest.

Nene then came to meet with Mansfield and this was their dialogue:

Nene said, “I’ve come to see a man who resigns his job because he doesn’t wish to obey an order that will prevent children from playing with one another.”

“I resigned because I think it is time to go out and fight everything that separates people from one another. Do I look like a knight in shining armour?”

“Yes, you look like a knight in shining armour, but you are going to get wounded. Do you know that?”

“I expect that may happen,” Mansfield replied.

“Well,” Nene said, “you expect correctly. People don’t like what you are doing, but I am thinking of joining with you in the battle.”

“You’re going to wear the shining armour, too?” Mansfield asked.

“Yes, and I’m going to get wounded, too. Not only by the government, but also by my own people as well.”

“Aren’t you worried about the wounds?”

“I don’t worry about the wounds. When I get up there, which is my intention, the Big Judge will say to me, ‘Where are your wounds?’ and if I say, ‘I haven’t any,’ he will say, ‘Was there nothing to fight for?’ I couldn’t face that question.”

The aim of life is not to get to heaven unscathed.

Life is worth the risk. It’s worth the cost, even of our very selves.

And so, will we have wounds to show for that which we found worth fighting for in this life?