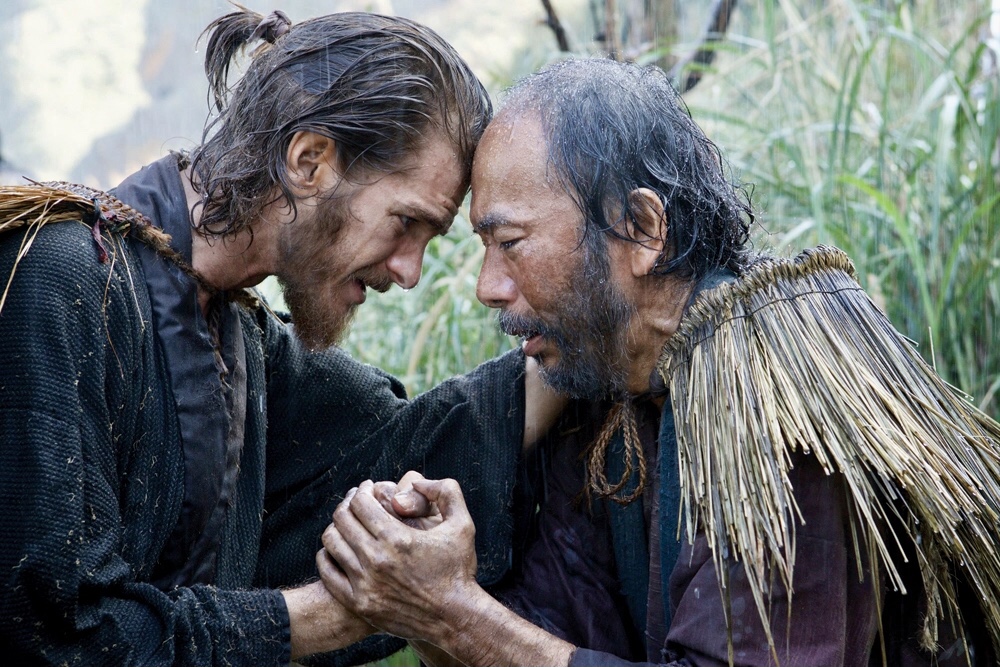 Last night I finally had the opportunity to watch Martin Scorsese’s 2016 film Silence about Jesuit missionaries to Japan during the intense persecution of Christians in the 17th century.

Here’s the trailer for it:

As shown in the trailer, the film begins with two young Portuguese Jesuits being informed that their mentor and confessor has apostatized in Japan. The news is unfathomable to them, and so they implore their superior to be able to return to Japan to continue their mission of evangelization and to attempt to find the priest.

Japan had been evangelized in the 16th century by Francis Xavier and, gradually, by other missions of Jesuits and Franciscans. Christianity grew and flourished until Christianity was banned in the early 17th century and driven underground.

The film depicts the drama of these anti-Christian persecutions in such a way that I suspect no one is led to think it would have been better for the island country to have never been evangelized in the first place.

The priests and the secret Christians face grave threats to their survival and suffer intense torture and persecution.

In a particularly poignant scene, the Japanese Grand Councilor tells the young priest, “Father, the doctrine you bring with you may be true in Spain and Portugal. But we have studied it carefully…thought about it over much time…and find it is of no use and no value in Japan. We have concluded that it is a danger.”

To this, the priest replies, “But we believe we brought you the truth, and the truth is universal. It’s common to all countries at all times, that’s why we call it the truth. If a doctrine weren’t as true in Japan as it is in Portugal, we couldn’t call it the truth.”

The Japanese authorities think: if the Christians and missionary priests would only trample upon religious images and apostatize, then everything could go smoothly for them. They could save their own lives and prevent the suffering of countless others who are being tortured.

The torments are real and the temptations to apostatize augment.

Ultimately, to my mind, this film offers a brilliant depiction of the truth that there really are things worse than death – things like apostasy, betrayal, and cowardice.

I would love to watch this film with a group of young adults and discuss it because it raises many provocative questions about cultural relativism and absolute truth.

Today, too, many people’s lives would be much simpler and much longer if they renounced their faith and sublimated their conscience. Yet, as the drama of the film shows so masterfully, such an approach is truly degrading to the human spirit; it is indeed a fate much worse than death.

One thought on “Things worse than death”