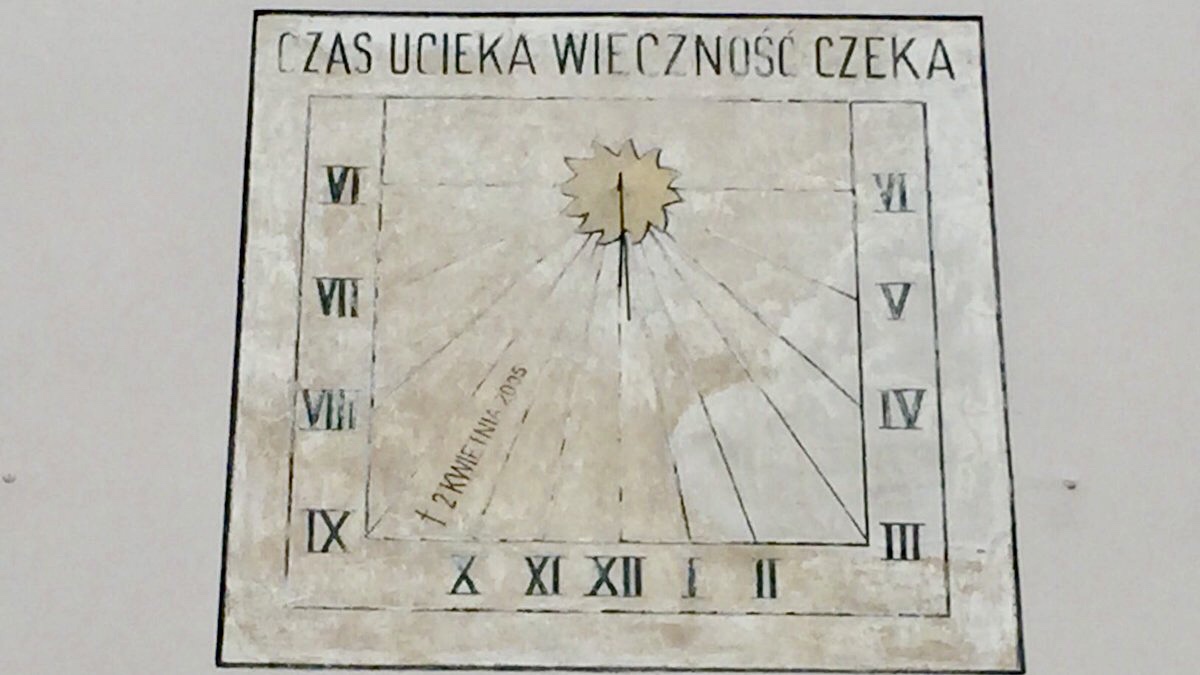 On the feast day of John Paul II, I am remembering this anecdote from my time in Poland:

One day, after breakfast, I was sitting in Starbucks and an elderly gentleman began speaking to me in Polish.

He then simply repeated himself, but in English.

He was remarking about it being too bad our shoes were drenched.

“Yes, I affirmed. Though we can be glad that it only rained this one day all month.”

This man, whose name I learned is Adam asked if I’m an American and study medicine here.

I told him that I’m a Canadian and I chose to study philosophy here.

I answered that it’s because Poland has a lot of saints, heroes, and martyrs.

To this he replied, “Well since you’re interested in eternal life, you should know that we have a Polish proverb: “Time flies, eternity awaits.”

He continued speaking and I mainly listened.

He said, “I like listening to the Polish bishops. They’re much more clever than the politicians” and “My son really wanted to study philosophy but I told him to do something more practical. But now I think everything is connected to philosophy and it’s the most important thing.”

He told me more about this eldest child of his who doesn’t believe in God even though he was a miracle because he kept nearly dying as an infant since he was born prematurely.

“The first son is supposed to be for God,” this man reflected, “so I keep hoping that God will keep him and put him on the right track.”

I was quite moved by the conversations strangers have in coffee shops in Poland.