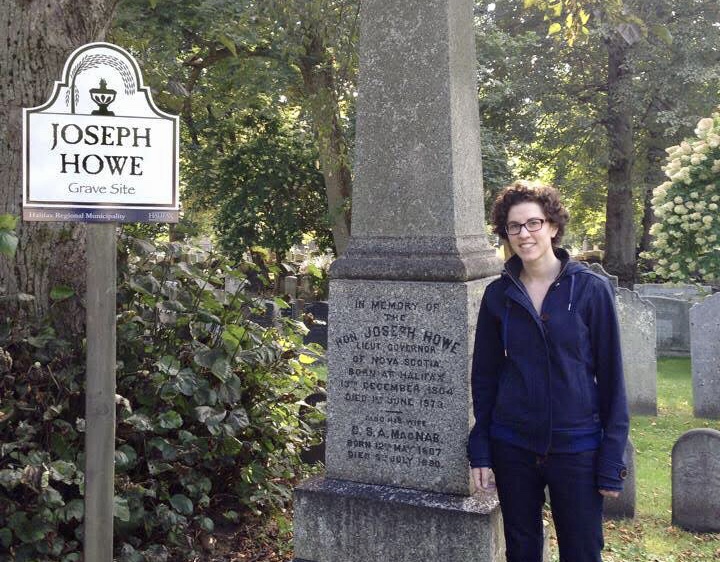 “My public life is before you; and I know you will believe me when I say, that when I sit down in solitude to the labours of my profession, the only questions I ask myself are, What is right? What is just? What is for the public good?” – Joseph Howe

It was on this date in 1873 that Joseph Howe, “Defender of Freedom of the Press and Champion of Responsible Government in Nova Scotia” died in Halifax. He was a journalist, editor, newspaper owner, poet, member of parliament, president of the Privy Council, premier, and lieutenant governor of Nova Scotia.

A few years ago, while visiting Halifax, I chose to visit his grave at which I took the opportunity to read aloud with a friend Howe’s 1851 Letter to Electors, which ends with the poetic words: “A noble heart is beating beneath the giant ribs of North America now. See that you do not, by apathy or indifference, depress its healthy pulsations.”

Joseph Howe is known (if he is known at all, and that is rather unlikely in Canada these days) for having been charged with libel against which he argued passionately for “six hours and a quarter.” The charge came after his newspaper, the Novascotian, published a letter criticizing local politicians and exposing their corruption.

To get a taste of his rhetorical style, here is a brief excerpt:

Men charged with libel are not now to be tried by the mere fact of publication, nor even by the tendency of what they print, though that may be most evil and injurious, but as they are tried for all other crimes-by the intention, the motive, with which they committed the act. If, in resisting a burglar, I knock my friend upon the head, I cannot be convicted of crime; and if, in opposing a public robber, I utterly destroy his reputation by the exposure of his malpractices, the jury try me by my motive, not by the severity of the infliction, unless the punishment be utterly disproportioned to the crime. Nay, if in performing this justifiable act, I, without any bad design, inflict some injury on the innocent, the jury have the right, on a careful review of my conduct, to balance the object in view against the unintentional evil, and to give me a discharge.

It was a neat way to make contact with this historical figure and his legacy in this country.

Memorials, sculptures, and monuments are key to truth and memory – touchstones to remind us of reality, against apathy and indifference.