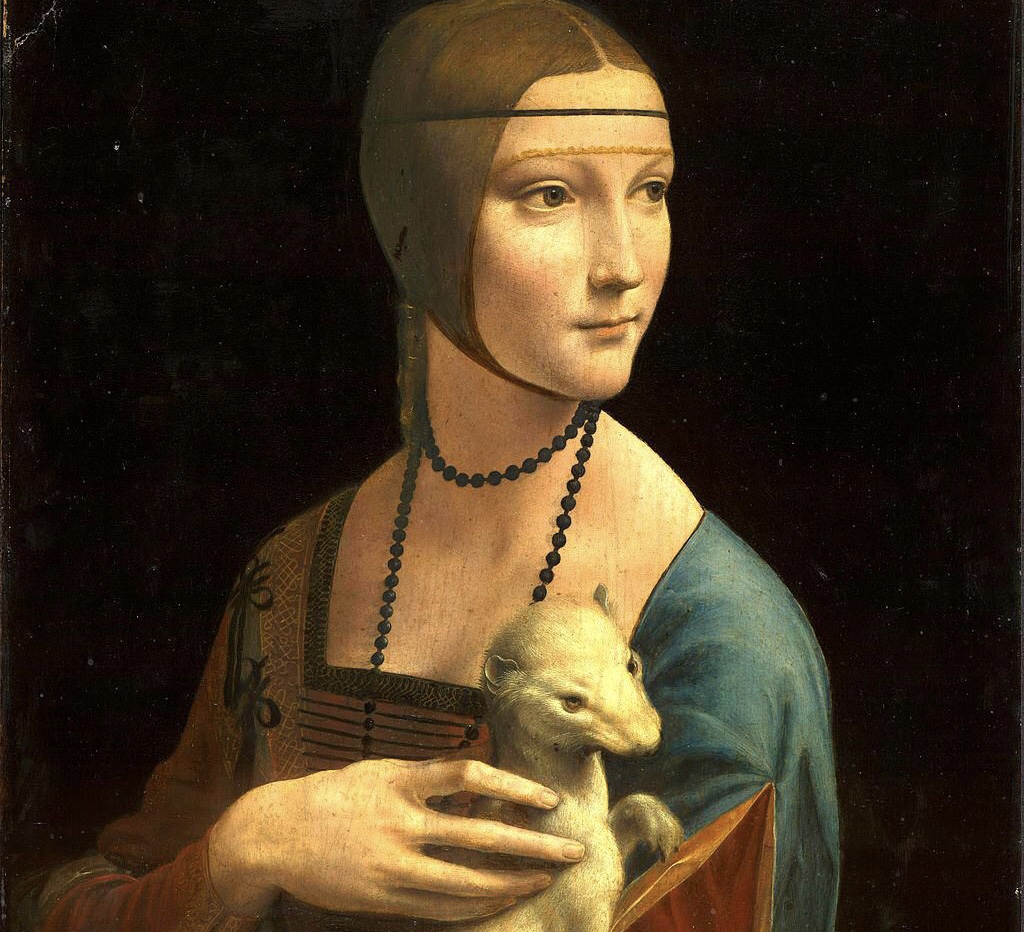 Leonardo da Vinci died on this date in 1519 and so today I am recalling the occasions on which I have had the opportunity to view some of his paintings.

One experience that especially stands out was when I saw the Lady with an Ermine painting at Wawel Castle and Cathedral in Poland. There was a long line to see this painting and only a few museumgoers at a time could enter the room in which the painting was exclusively displayed. Once my friends and I finally crossed the threshold and entered the room containing the painting, we noticed the armed guards attending to it.

This was several years ago when Islamist terrorists were wreaking havoc and attacks were a high threat in Europe. I thought about the armed guards and how it was that they were defending this artwork with their lives, particularly when there was a real threat of terrorism in key sites epitomizing our civilization.

I suppose the guards could have been guarding it for any number of reasons but, at the time, I was not thinking about the risk of theft but only of total destruction. I remember not quite grasping what made this particular painting so special, but finding its need to be guarded like this a sign that it pointed to values beyond the painting itself.

Only much later did I learn this history of that painting in recent centuries:

After [the painting’s] acquisition in 1798 by Prince Adam Jerzy Czartoryski, it remained in this Polish family’s collection. But in 1939, the portrait was seized by the Nazis when they conquered Poland, and sent off as booty to Berlin. A year later Hans Frank, the brutal governor general of Poland, ordered its return to Krakow. Leonardo’s painting was displayed as a prized item in Frank’s office until, at the end of World War II, he fled—taking Cecilia’s image to his house in Bavaria, where the Allied troops rescued it. Eventually, “The Lady with an Ermine” was returned to Poland and now belongs to the Czartoryski Foundation in Krakow. Here, safely preserved in the castle, this spellbinding portrait can be scrutinized by visitors fortunate enough to discover it for themselves.

I will always remember seeing how people were guarding this Leonardo da Vinci painting with their lives. It seemed clear to me that they were charged not only with protecting its monetary value, but with protecting its civilizational value and that, for them, it was an honour to do so.